Johnny Gallo is a mutant hero in the making. He has spent the last two years training his powers in secret. He is now taking to the streets to ply his trade, using the moniker of the hero he admires most. Spider-man.

*2014 His Mother died in an accident, leaving him to be raised by his abusive father.

*2018 His mutant abilities manifest during a high school baseball game. His danger sense kicking in when a pitch was intentionally thrown at his head. Johnny doesn't realize his is a mutant yet.

*2018 Developes an interest in Wrestling after seeing an unknown beat Crusher Hogan in a match.

*2020 After kicking around the idea for weeks, makes his own Spider-man costume, and goes out to fight crime dressed as the webcrawler.

Driven:
Johnny wants to be a hero. He doesn't have the extreme sense of duty that some have, the moral fortitude of others, but what he does have is a lot of determination to get what he wants.

Extrovert:
Johnny is outspoken, loud, and often hard to keep quiet. He likes banter, poking fun at people, and having a good time regardless of where he finds himself.

Loner:
Johnny misses his mom. He misses his ex. He misses his best friend. It seems all the people he was close to growing up, are gone now. He's not quite figured out how to fill that void.

Danger Sense:
Johnny has an extrasensory danger sense, not unlike that of Spider-man. This Danger sense warns him of things, within a mile, that are an immediate danger to himself, and when combined with his super reflexes and agility, it enables him to evade most attacks. He can however consciously shut this power off.

Peak Human Strength:
Johnny is at peak human fitness as far as strength is concerned, and is able to lift up to 800 lbs.

Ricochet:
Johnny is able to use his super reflexes and agility, combined with his Danger Sense, to not only dodge physical objects, but at times bounce off them as well. For him to ricochet off something, it must weigh more than he does (147 lbs). He can direct his ricochet to help move him across the city at heightened speed, adjusting the angle of impact to his advantage to send him bouncing around. Examples of use include bouncing off cars to get around the city at high speed, or ricocheting off attacks from larger opponents, sending him soaring across the sky, instead of sending him straight to the hospital.

Subsonic Superhuman Speed:
Johnny is fast. With his peak human strength, and superhuman agility, he is able to reach a top foot speed of about 40 mph. His speed can spike much faster if he has just ricochetted off walls and other objects however.

Superhuman Agility:
Johnny is a mutant with superhuman agility. This power enables him to leap great distances, gives incredible balance, flexibility, bodily coordination, and accuracy with thrown objects. His agility gives him an edge while doing acrobatics and gymnastics far beyond what even an olympic level human could manage. He can perform intricate routines spontaneously when the need arises, as well as hit moving targets at great distances, with tremendous force.

Superhuman Reflexes:
Johnny is a mutant with superhuman reflexes. His reflexes are generally 40 times faster than those of a regular human. This power, combined with his danger sense, allows Johnny to evade many types of attacks, even to the point of dodging gunfire with sufficient distance.

Master Marksman:
Johnny's powers afford him extraordinary ability, but even without them, he is a highly skilled marksman with thrown objects, notably baseballs, frisbys, and his throwing disks. He has been a standout athlete most of his young life, constantly throwing no-hitters in baseball, and being a nationally ranked amature at disc golf. He can throw multiple objects in rapid succession to hit multiple targets at up to 90 feet. He can throw a single object and hit with pinpoint accuracy up to 300 feet away. He is also able to bounce his shots off surfaces to hit targets out of his line of sight, ricocheting them to where he wants them to go. He practices at minimum an hour a day to train his skills.

Trained Fighter:
Johnny has recieved some training in fighting, particularly Olympic Wrestling and Brazilian Jiu -Jitsu. The former being the closest he could get to Stage wrestling while in high school, and the latter being the result of his dad's abusive behavior and Johnny learning to defend himself from it. He is no master in either form, but, he is proficient.

Allowance:
Johnny receives a generous monthly allowance from the settlement from his mother's accident. He receives $5,000 a month. This will continue to pay out till his retirement years, as long as it is not discontinued for some reason.

Spider-Man Costume:
Currently Johnny has not come up with his own superhero identity yet. Until he does, he is using his Spider-man Halloween costume, that consists of a red full length leotard, and a Spider-man web pattern hoodie over the top of it, with his disks stored in various pockets in the hoodie.

Throwing Disks:
Johnny has developed unique throwing discs. They can be thrown at targets with tremendous force, bounce easily off walls and enemies alike, and have an uncanny (actually mystical) ability to bounce back for him to catch if left unhindered. He carries 8 of these discs. The discs are made out of a liquidmorphium alloy (The kind of metal used in really nice golf clubs), that had somehow become tainted by Infernal powers during a super powered fight in NYC. He had enough of the material to fashion into a set of 8 discs, using the shop equipment at school to shape them, at which point the metal 'bonded' with him, returning to him off bounces, unless stopped somehow. They are more durable than steel or titanium, resistant to corrosion, and are unbendable by ordinary means. However, they are also rudimentary, and unsophisticated as far as super weapons go. He has ideas for upgraded discs, but currently lacks the skills necessary to make them reality.

Dangersense (Limitations):
This power can be overwhelmed if enough attacks are thrown at him that he can't possibly dodge them all, if the attack originates outside his 1 mile range, or is from someone/thing he does not consider a threat (IE, someone physically shapeshifted into an ally.)

Grounded:
His father is abusive, and has been known to lock Johnny in his room from time to time. His father has control of his allowance until Johnny reaches 18. This means Johnny often doesn't receive the full amount, and at times, receives none of it. His father has been known to gamble it away, spend it on frivolous things, or simply lose it, getting swindled by cons easily. Johnny is scared of his father, and though the house is usually a cold and distant place, it is his home, and he returns there night after night. He may not like his father, but he does still love him, and though he may fight WITH his father frequently, he will fight for his father just as quickly, should the need arise.

Not Grounded:
Johnny wants to be a hero, but has no idea besides the ideal, of what that really means. His head is often in the clouds about how big of a hero he's going to be, he can at times miss the little steps to get there. 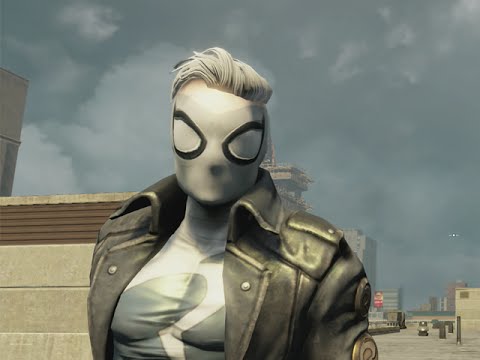 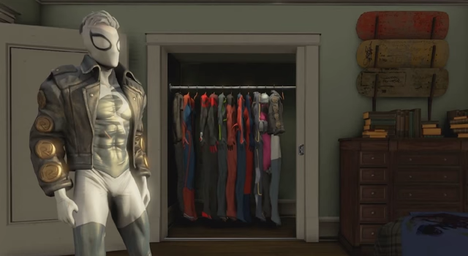