Dawn Granger is the daughter of an American diplomat, born in London while her mother was stationed at the American Embassy. She was raised in London until her mother was reassigned to the US. While traveling with her mother in London, Dawn received her powers from the Lord of Order in the midst of a terrorist attack. She was unaware that she was the successor to another Dove that died the same day. Currently, she is enrolled at Columbia University studying Political Science.

Timeline:
* 2001: Born and Raised in London, England, to Russ and Marie Granger.
*2010: Move to the United States with her American mother.
*2017, winter: Powers mysteriously granted to her during a terrorist attack. She learns later the Lord of Order bestowed them on her at the death of the previous Dove.
*2019: Accepted into Columbia University, New York where she intends to study Political Science.
*2020:Beginning of her sophomore year at Columbia.

Calm and Rational:
Dawn is level-headed, preferring to resolve conflicts through reason and compromise. Her measured manner might make her appear an easy mark.

Iron Self-Discipline:
Years of ballet have taught her to fight through pain, practice until she gets it right and focus on the task at hand without allowing outside stimuli to distract her.

Optimistic Realist:
Being a force for peace, she enters conflicts first looking for non-violent answers.

Tactical Patience:
She has a marked preference to fight defensively and exploit her opponent's weaknesses.

Concentrated Radiance:
Gifted to her by the Lord of Order, in extremis, Dove can produce a searing light energy by tapping into the Light of the Source. The pure light she radiates is intense enough to harm the Lord of Chaos and affect other types of supernatural beings.

Durability:
Her ability to withstand punishment and pain is superhuman. She is capable of walking away from a four-story drop without injury or surviving a close-range explosion.

Enhance Awareness:
Endowed by the Lord of Order, she is able to perceive surroundings on a supernatural level to calculate tactical advantages and assess her opponents. Smells, sounds, and sight are enhanced to supernatural levels.

Healing Factor:
She recovers from wounds and punishing blows quickly and does not revert to her human form until the wounds are no longer life-threatening.

Hypervigilant:
Dawn's powers hinge on her being able to sense danger. She is able to sense imminent threats seconds before they occur which triggers the transformation to Dove. Her ability to read people's motivations and intentions are augmented allowing her to anticipate their actions.

Speed, Agility,flight:
When transformed into Dove, she is able to fly for unlimited amounts of time unaided. She can move faster than the eye and dodge shurikens. Dizzying speed lets her dance around opponents and evade attacks, dodging bullets and flame throwers.

Strength:
She possesses superhuman strength; she is capable of lifting a man and throwing him or stopping a heavy bronze statue hurled at her.

Ballet:
Dancing has given her strength, agility and grace.

Jiujitsu:
Seven years of training have given her impressive combat skills

Titans:
It has taken Dawn a little over two years to accustom herself to powers the Lord of Order gave her. New to New York she has reached out to the Titans and awaits their reactions.

Dislike of Disorder:
Though she is not compulsive about her need to see the universe ordered, she can be distracted in a fight trying to understand the unity and order in a chaotic situation. It can also make her judge people wrong, or keep them at a distance if she thinks -they- are disorderly.

Perfectionist:
The Lord of Order did her a disservice by adding a need for order to her existing drive for excellence. She can be impatient with other people being content with 'good enough.' 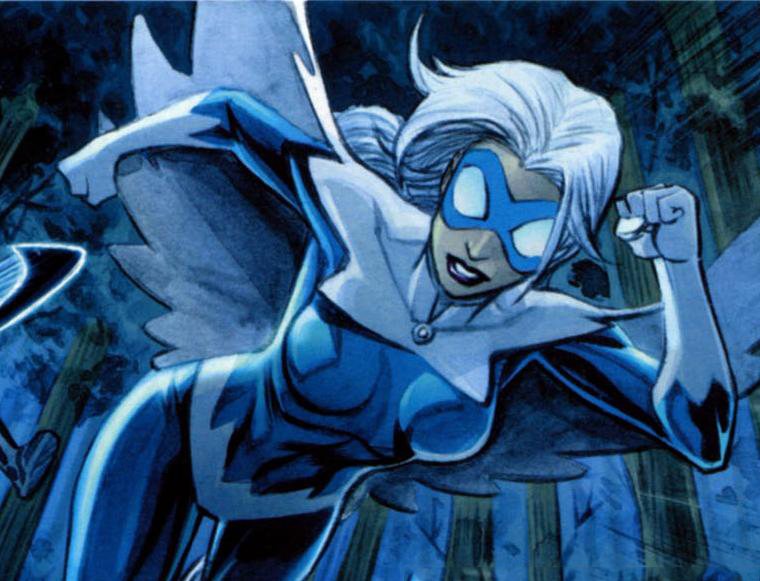 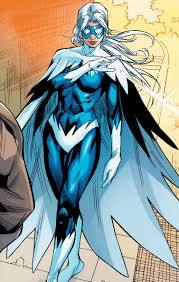 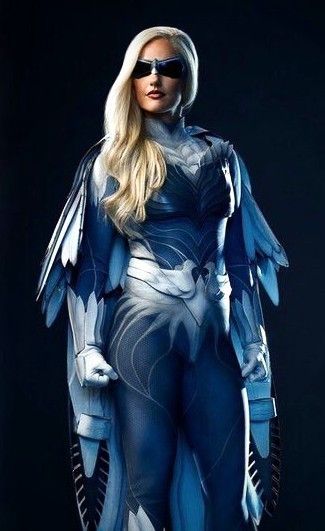