James Hudson is a mutant living in hiding, trying to forge a normal life out of what he's given in the world. Currently he's a substitute teacher in Weehawken, New Jersey.

Timeline:
* 1993 - Jimmy Hudson's mother steals and takes the purest sample of the experimental drug 'Mothervine', a biotech enhancement guaranteed to produce a mutant child. James is born to his mother after she spends a night with a grim man, she abandons him to the care of James and Heather Hudson.
* 1995 - James is legally adopted by the Hudsons, is renamed James Hudson, Jr.
* 2010 - Jimmy's mutation is manifested after he has a street racing accident. His body, mangled and burned, immediately started to heal itself - within an hour, he was completely healed. His father tells him about his mother and that he's a mutant, speaking to how dangerous it can make life for him.
* 2011-2015 - Jimmy continues on to college, hiding his status as a mutant as best as possible. Graduates and embarks on life in the private sector.
* 2016-Present - Takes positions in different schools, until settling on working as a substitute teacher in a private school in New Jersey.

Honorable:
The Golden Rule means something to the man. He's developed a code of conduct, a sense of honor, crafted with the aid of his adopted father and from life experiences learning as he can from meeting a myriad of people. He's found that the best way to deal with people is being honest and direct, even if sometimes people take that and use it as an advantage against you, ultimately the truth will out.

Idealist:
Jim may come off at times as cynical, but you scratch a cynic and under all the rust you'll often find a tarnished idealist. He believes in ideals of a just world. Not just Platonian ideals, but more that there are tenets that are strong for people. Freedom. Equality. Brotherhood aren't just words to the man.

Just:
Even though the world isn't fair, Jim feels in a lot of ways it's up to people to try and make it fair, to treat people equally and give them a fair shake. On a personal level he tries to give people the benefit of the doubt before finding fault. He tries to give people opportunities to redemption if they seem to have wronged someone or something, and ultimately at the end of the day he likes it when the scales even otu on a personal level between people.

Laconic:
One thing Jim has going for him, he often accomplishes a lot with few words. Wasn't always this way though, but ever since he realized what he was, and the temper that hovered there on the edge of his awareness, he decided it was best to try and mold himself more toward a relaxed and calm manner. With this comes along the way he speaks, the calm way he handles himself.

Mellow:
It took some doing for Jim to bring himself to this way of thinking, as it often is with people that know they can have a temper. But Jim tries to keep a level head even in emergencies. He takes things as they come, handles them as best he can, and carries on. It takes a lot to discombobulate him. Something threatening his family, or loved one assuredly but it still takes some doing then.

Thrill-Seeker:
Jimmy's always on the lookout for the latest way to get an adrenaline rush. This is normally found in racing cars, but could extend to skydiving, rock climbing, just about anything to get the heart pumping. He hasn't considered any illicit means to get this thrill, he perfers the physical side of it.

Claws:
Jimmy has a set of six bone claws that are housed in his forearms that he can extend through the knuckles of his fists. They are very sharp and are capable of cutting through most conventional metals.

Healing Factor:
Jimmy is capable of healing extremely rapidly from injury. He hasn't been hurt often, the worst injury being a car wreck where his body was horribly burned, but he was able to heal up enough to be mobile in a handful of minutes, and then in an hour had recovered entirely. He can likely recover from bullet wounds in a matter of minutes, and it is possible that he heals from a lost limb in a period of 24-48 hours. His healing factor also makes him largely immune to poisons and disease unless heavily exposed in large amounts.

Also he seems to have a strong resistance to mental intrusion due to his healing factor adjusting to changes in his memory almost instantly to recover from alterations. This has the fringe benefit of giving him a photographic memory for events.

Organic Steel:
With concentration, Jimmy is capable of focusing and having organic steel manifest throughout his skeleton to brace himself and provide further physical protection. This includes being able to coat his claws with hte organic metal, causing them to be sharper and able to cut through denser and stronger metals and armor, but not through the greater more durable metals such as Adamantium and Vibranium or Uru metal. Also his bones are incapable of breaking while armored, save from someone as strong as perhaps Colossus-level or higher. When he loses consciousness, however, his armor fades.

Senses:
Jimmy has enhanced senses allowing him greater range, focus, and detail with them. He has extremely good vision, able to see roughly three times as far as a normal human with greater acuity as well as to see very clearly in a darkened situation with only minimal light available. His hearing is very robust able to hear frequencies above and below the normal spectrum as well as much smaller sounds more distant. His sense of smell is amazing, able to discern the state of a person, if they are telling the truth, where they've been, what they've been doing. He can track a person from an exceedingly long ways away and over a period of a week's time depending on how much the scent has degraded in that time. He also has an enhanced sense of taste, able to discern subtle differences from one ingredient to another, though he has not developed this with effort. Also his sense of touch can be very strong, able to perceive minor differences in texture but again has not focused on training this power.

Athletics:
Part time Physical Education coach as well, Jimmy has spent a good amount of his spare time practicing general athletics. Running, jumping, exercising, weight-training are all aspects he is rather well-rounded on and can instruct people well. If his gig as a substitute teacher fell through he could probably work as a personal trainer.

Brawling:
Nothing too formal, Jimmy's taken up training in mixed martial arts and boxing, but he's not taken too long working on those skills. He's a passably decent fighter, but not on the levels of a professional though his powers would likely give him the edge over most. On a pure skill level, however, he's equivalent to a gifted amateur. He could feasibly handle 3-4 untrained men in a street fight without having to use his powers or be saved by his healing factor.

Education:
Jimmy has an eclectic Bachelor of the Arts that gives him a rather robust round about knowledge of many subjects which curiously gives him a good framework from which to teach the burgeoning minds of today's youth, but really also makes him the best guy to be the substitute teacher. Which is good since that's what he does for a living.

Outdoors:
One thing growing up in the rural parts of Canada helped Jimmy get used to was living in the outdoors, learning how to survive, tracking wild animals, and providing himself with shelter. He's mainly most skilled dealing with Northern forest areas, but it's feasible these skills could translate at least in part to areas around the world. He's able to be dropped empty-handed into the wild and survive for several months if needs be, less if he has to provide for others.

Family:
The Hudson family aren't staggeringly well off, but it's feasible that in a time of need Jimmy could call upon his mom and pop for a little help. A place to lie low, some quick cash possibly, but beyond that it's not likely he could get their aid.

Suv:
James has a black SUV Chevy El Dorado that he has driven for the last three years.

Carbonadium:
Weapons forged from Carbonadium are able to play havoc with Jimmy's healing factor and are unable to be repaired until the injured flesh recovers, usually a period of several days.

Sensory Overload:
It is possible with effort to overcome Jimmy's senses by a series of powerful exposures to his senses. A horrible series of smells, stink bombs, or the like would be more effective on him than normal individiuals and burn out his sense of smell for a period of time relative to the amount of exposure. A series of loud sounds blasting into his ears are likely to leave him reeling and helpless. Bright flashes of light during night time can cause him to be blinded for a handful of minutes. 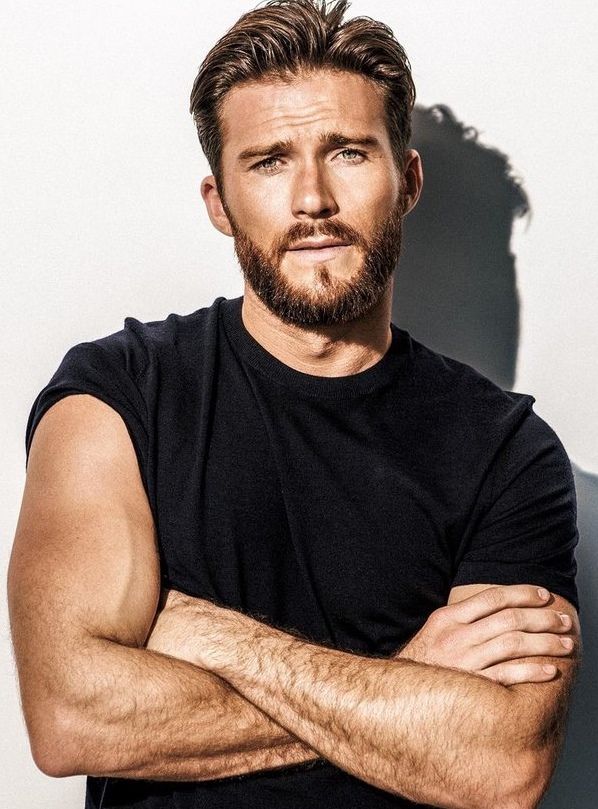 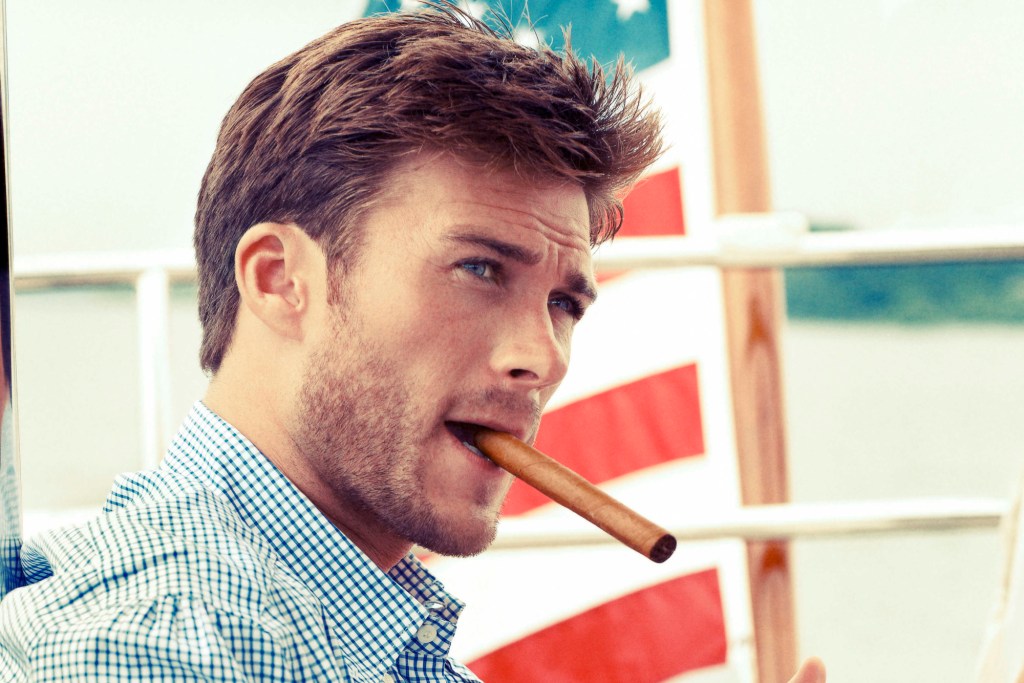